The Ministers at Wesley are The Revd Colin A Smith and Deacon Ian Murray.  Colin is the Superintendent Minister and Ian is also minister of Chesterton Methodist Church in Cambridge. 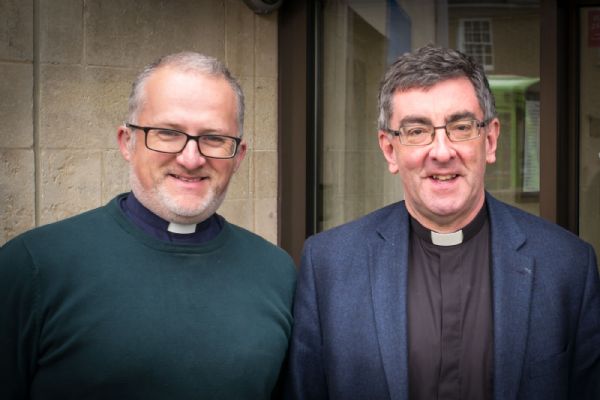 The Revd Colin A Smith is the minister in pastoral charge of Wesley Church and also the superintendent of the Cambridge Methodist circuit.  He has previously served as a minister in Brighton and Hove, Richmond and Hounslow and Barnet and Queensbury.  He originally read law at Aberystwyth and qualified as a barrister.  Before ministry he managed a citizens’ advice bureau in a deprived area of London.  He is currently a trustee of Cambridge Citizens’ Advice and of Wesley House, the international Methodist college in Cambridge.  He has served as the Record Secretary of the British Methodist Conference, as a deputy district chair and as a synod secretary.  He is a consultant to the Oxford Institute of Methodist Theological Studies.  He is interested in inter-faith work and particularly in Jewish-Christian relations.  He is an active member of the Trollope Society.

Lay leadership is in the hands of the church stewards - the current Senior Steward is Lynda Meharry.

The Centre Manager runs the office during the week.

Nick Cartmel, Custodian, is responsible for the day-to-day care and upkeep of the premises.